The current proposals of the European Commission are already on the SAF platform. We are sharing information about the changes that are likely to be made in the nearest future by the RED II Directive, namely the principle of the cascading principle of biomass use. Read about the innovations that include strengthening the targets for RES, as well as the requirements for sustainable use of forest biomass in the EU in the previous article.

We remind you that this and many other materials of our experts are available on the SAF platform.

The essence of the principle

The cascading principle of biomass use assumes that energy from biomass is produced in a way that minimizes excessive destructive effects on the biomass market and harmful effects on biodiversity.

In line with the cascading principle, woody biomass should be used according to its highest economic and environmental added value in the following order of priorities:

Делегований акт, що визначатиме детальне застосування цього принципу, ухвалять протягом 1 року у разі, якщо пропозицNo later than one year after [the entry into force of this amending Directive], the Commission shall adopt a delegated act in accordance with Article 35 on how to apply the cascading principle for biomass, in particular on how to minimize the use of quality roundwood for energy production, with a focus on support schemes and with due regard to national specificities.

The Member States shall take measures to ensure that energy from biomass is produced in a way that minimizes undue distortive effects on the biomass raw material market and harmful impacts on biodiversity. That’s why as part of the measures referred to in the document Member States shall grant no support for:

From 31 December 2026, and without prejudice to the obligations in the first subparagraph, Member States shall grant no support to the production of electricity from forest biomass in electricity-only-installations, unless such electricity meets at least one of the following conditions:

By 2026 the Commission shall present a report on the impact of the Member States’ support schemes for biomass, including on biodiversity and possible market distortions, and will assess the possibility for further limitations regarding support schemes to forest biomass.

Source: the article on the SAF platform “Introduction of the cascading principle of biomass use – proposals of the European Commission”: https://saf.org.ua/en/news/1399/. 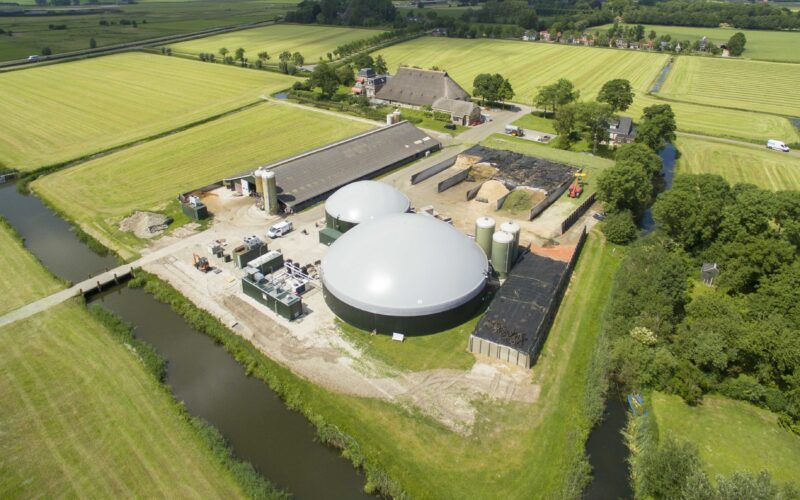 Modernization of biogas facilities for the production of biomethane | Jelsum, The Netherlands